Valikko
Kirjaudu sisään
Rekisteröidy
Install the app
You are using an out of date browser. It may not display this or other websites correctly.
You should upgrade or use an alternative browser. 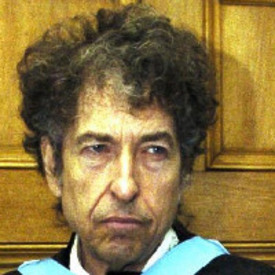 Bob Dylan is not alone, Neil Young too and probably countless others if they got to hear themselves later. Like takeaway food, no substance. Easy now to turn it all off, forget about it. If I can't save the Planet it's easier on the pocket and the headache pills!

Listen to an original vinyl copy of something like Blood On the Tracks and you can quite clearly not understand a word he's singing.

Funny, I'm sitting here working and listening to the recent remastered CD version of The Freewheelin' Bob Dylan and it sounds marvellously immediate. Fabulous tone to his guitar, and I can make out every word he's singing. What this says about Bob's comments and the quality of recorded music, past or present, I have no idea.

bobs studio output does vary massively in terms of sound quality but this is irrelevent to the argument.

the average cd player is far below the minimum standard set by LP twenty years ago.

(Vastaus viim. edelliseen!)
Well that's true, but its also true of the original vinyl version. Its one of those simply miked, early 60s, CBS recordings which so often sound great. Some of the early 60s Johnny Cash is equally great sounding.

If you read the article itself (and there is a much larger chunk on the Rolling Stone site), its clear he's talking about the recording process more than anything else. He makes the point that Brian Wilson made Pet Sounds on a 4 track and you actually couldn't make it now even with 100 tracks. You do get the feeling he's not exactly enamoured with CDs though.

Love Bob to bits and Love & Theft is a great sounding CD so god knows how good it must have sounded in the studio. Roll on next week when Modern Times is released. Been a long time since I've been as excited about a forthcoming record (will probably get the double vinyl version!)

Just been listening to Love & Theft on vinyl. More loveliness.

Bob definitely has a point. There are still a lot of good recordings about, but, we've strayed a long way from the time when even throwaway pop was recorded well.


Whether he's a genius is another matter. I doubt he thinks so. Reading between the lines, he's a fairly humble sort. He seems mystified by the adulation he receives.

I usually can be ar5sed to real articles either, but I confess I found this one to be short and to the point.

Tosiaan mielenkiintoinen tuo jo lainattu lause:
"You listen to these modern records, they're atrocious, they have sound all over them. There's no definition of nothing, no vocal, no nothing, just like - static. Even these songs probably sounded ten times better in the studio when we recorded 'em."