Valikko
Kirjaudu sisään
Rekisteröidy
Install the app
You are using an out of date browser. It may not display this or other websites correctly.
You should upgrade or use an alternative browser.

I just got a C4 Audi in the family and it is pretty much in the original shape. I haven't yet checked if it has a fully active sound system, but I believe it does. Year model is 1995 and the car has been filled quite nicely with luxury. My idea is to keep the sound system looking like original as far as I can. It sounds already quite nice. There might be a CD-changer also, but I haven't checked that either.

To get a better sound in the car, I am installing a miniDSP C-DSP 8x12 DL processor between the original radio and the amplified system. That is quite easy with mini ISO -connectors and the project is kind of plug and play. Beside the original radio there will be also possibility to play music directly to the processor as SPDIF. This will be for more serious listening situations. Also Bluetooth handsfree would be nice for phone calls and I think I have an idea how get that working...

It is possible to cut the wires and solder the RCA's to the original system, but I would rather use fit mini ISO adapters.

For the after market Handsfree with Bluetooth I could use iSimple Transit Blue, but there could be an easy option also because the processor can be used simply between the adapter below after soldering RCA's to the line cables.

The second option would be nice and there would be no need for cutting the cars original wires. Connects2 says that this product works only on newer models than this, but the connectors are exactly the same on old Gamma than on the newer ones. A2Dp is old version of Bluetooth and the sound won't be so good with it, but it would be used only for handsfree.

Today I will check that this car has a fully active system.

I need to hold my horses now with this project. I checked the situation today and this car has only rear active system so the front speakers are driven by the original radio. The Gamma radio doesn't have a analog input for CD changer either. This is just too bad. I was so excited. But, there might be a solution. I have one Delta radio from another A6 which has the analog inputs certainly. Problem is that I don't remember if have it stored for sure and the radio is safe code blocked so I need to also find the code also. It could be written on the manual of the car... or not. In this case when there is no amplification for the front speakers, I need at least 2 ch amplifier and I am considering a 4 ch amp to get both the tweeter and midbass to work with active crossovers.

I got my horses running again. I found my old Audi Delta radio and got it working also. The Connects2 says that the BT box works only beginning from C5 models of A6 and so it is. For some reason it doesn't handle the older radios even if they have support for CD changer. The second option was iSimple Transit Blue which costs around 150 Euros. It is a FM transmitter, but connected between antenna cable and radio. An extra button will be needed in the interior to answer phone calls. iSimple also uses a bit better quality Bluetooth.

So the front speakers are passive and I need an amplifier for them. I found a really small size amp from Pioneer.

This one goes well below the budget and has 4 channels. I think I will put it only for the front speakers. This way I get a fully active set and the crossovers for the tweeters and mid bass can be done with DSP. Another option is to use the other pair of the amp in BTL mode and use it also for subwoofer, but I don't think it offers enough power for a decent sub. We'll see if there will be any need for one at all. The original drivers on Audi's front doors are in bass reflex enclosures. These are quite complex and it is very difficult to get new drivers fit in those. Perhaps some 3 inch drivers could be assembled, but in my opinion the original ones are quite good enough. I believe these ones are made by Nokia. There is also Bose sound systems on these cars.

miniDSP C-DSP 8x12 DL is quite small and it could be assembled in the glove box even with the small size amplifier. This makes it easy for the wiring. The cars battery is below the back seat and I am considering to put the processor and the amp there so the glove box would be available for normal use. I will check also if there is enough space below the steering wheel.

So far I have all the parts among accessories gathered, but I need to find some time on my calendar to assemble them. Battery is below the back seat and I think it would be wise to put a bit thicker cable for the amplifier than the original wiring of the car. Also speaker cables are needed to wire as two pairs on each front door. The original tweeters aren't in a very good place on the doors, but I hope that they can be driven on quite low frequencies and get the sound stage a bit higher this way. With DSP it's possible to use many different kinds of crossovers. I will use Room EQ Wizard to find out how the drivers work at them best. It might be wise to put a RCA-cable from the processor to the trunk at this point so it would be easy to add a subwoofer if it is needed.

Now the processor and other parts has been assembled. The iSimple BT-box works perfect and also the sound on the car is really nice. The sound stage stays quite low, about as high as the steering wheel. Tweeters aren't too soft or rough. They sound really good. I didn't have time get the Dirac Live working yet though and the car might need a sub. The miniDSP processor and Pioneer amp are below the back seat cause they didn't fit inside the dashboard. Glove box is free for normal use now and it is easy to add the sub cause signal for it can be taken from the processor and power for the amp from battery which both are below the back seat. 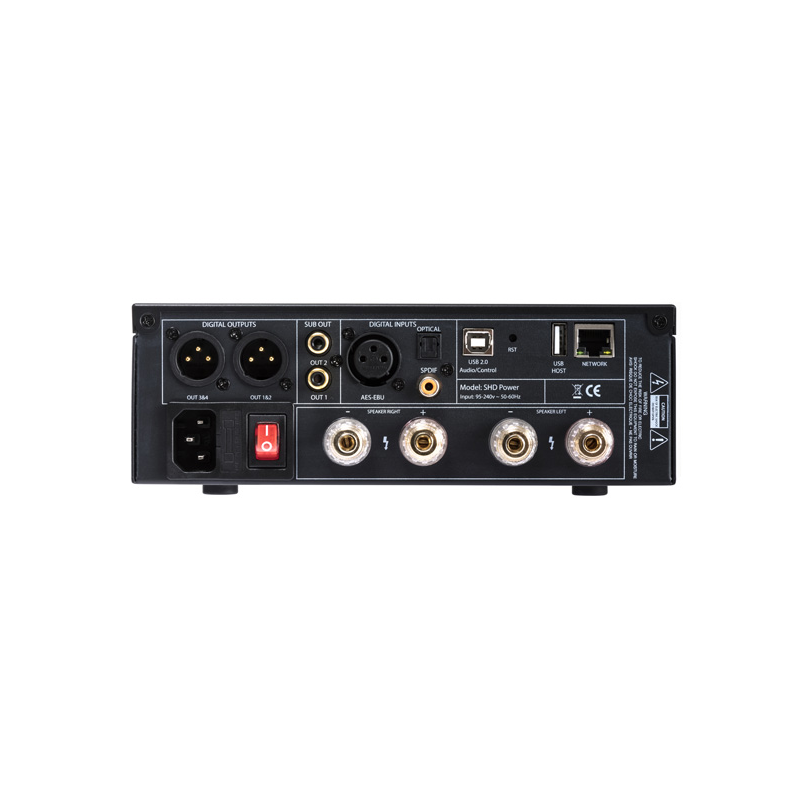 Some of my customers in Finland have rejected UMIK-1 as measurement tool for loudspeaker design because it can't be used i...